Satumaa Park, familiarly known as “Fairy Park” (Keijupuisto), is situated in Roihuvuori between Keijukaistenpolku and Satumaanpolku. The park was constructed in 2000 in a natural area. Modern playground equipment was introduced at the same time. Originally, ornamental fairies designed by Jukka Toivonen used to hang from the trees, but over the years they have disappeared. There is also a playing field and natural forest in the park. The old foundation that can still be seen in the park is a reminder of the area’s past; it was once a greenhouse.

The park was renovated in 2012. The opinions of local residents were invited during the planning process. Accordingly, the twisted birch tree on the rocks was spared by supporting it so that local children could continue to climb on it. The playground was also fixed up, and hazel bushes and honeysuckle were added. Any trees that were in poor condition were removed to add light, while park lamps, new swings, a ping pong table and chess board were introduced. In spring 2013 a chest with a combination lock was added to store the chess equipment. “Fairy Park” is a typical local green area that invites residents to enjoy outdoor activities. 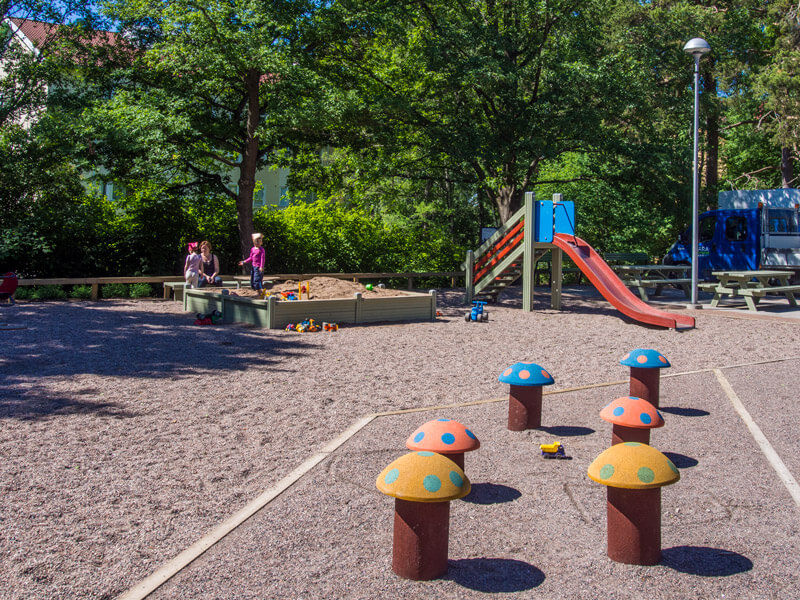