Vesala Park was renovated in 2001–2003. Previously the area was covered by a forest that had been planted in the clayey soil. Trees that were in poor condition, mostly fir trees, were removed, and surface water was drained off from the areas designated for the playing field and other activities. The walking path along the creek is now lighted. Plants were added along the banks of the creek along with alders and willow trees. There is also a playground with lots of equipment for children to enjoy.

A large sandy playing field was built in the eastern section of the park, and there is also an oval playing field in the main park area that can be used for basketball and floorball. Impressive pergolas were constructed with benches where people can relax. Alongside the pergolas are rock baskets. Since the renovation, the park has been transformed from a gloomy area into a popular recreational green area for local residents. 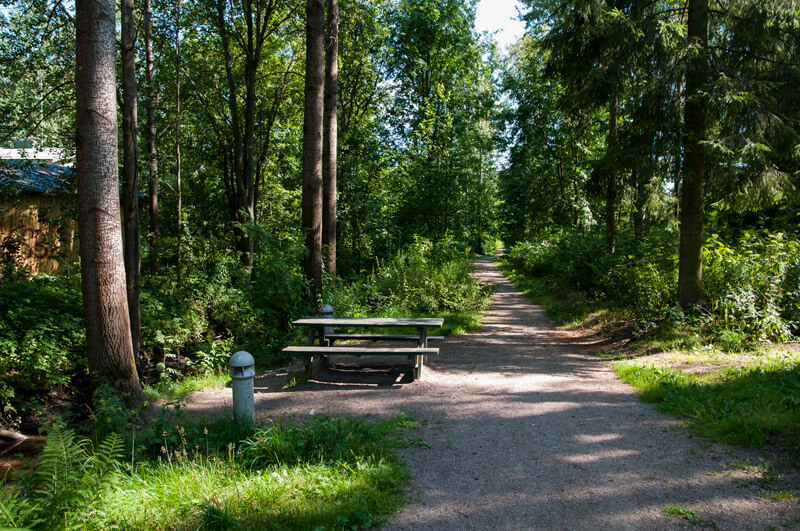