Lohikäärme “Dragon” Play Park dates back to 1967, making it the oldest in Vuosaari. It is also the most diverse play park in the neighbourhood, having been a pilot project for the renovation of Helsinki’s play parks in 1999. Children, young people, parents, local residents and play park personnel all participated in the design of the park. The park’s name refers to the small wooden dragon that children can climb on. It was designed and made by the workshop of the East Helsinki unit of the Public Works Department. The dragon theme is repeated at the entrance to the play park. The dragon-like mosaic around the paddle pool was designed by the artist Mia Waire.

The section for small children is designed like a mini-farmyard with animals. Older children can play on the floorball and basketball courts. The play park also features a rope climbing course and skateboard pool, where young people from all over Helsinki come to hone their skills. Visitors can make themselves a cup of coffee at the café Pömpeli inside the park.

In the southern section of the play park is a boardwalk through the birch grove, where special fir trees have been planted to suit the theme of an elf forest. 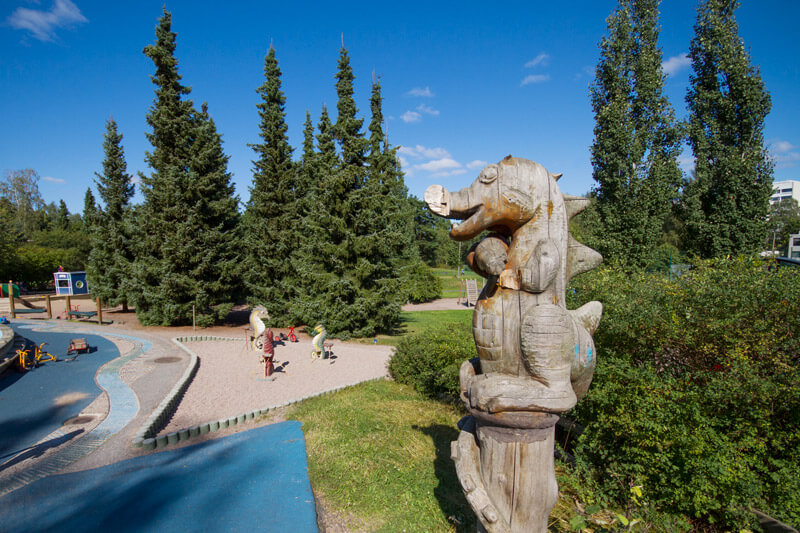