Annala Villa Park is situated in the historical important Old Town area. The buildings and garden up on the hill, along with numerous oak trees, reflect the park’s history and how it was inspired by beautification efforts and gardening culture.

When Gustaf Otto Wasenius (1789–1852) leased the land in 1826 in order to build a country villa for his family, one of the terms of the agreement was that he beautifies the landscape that could be seen upon entering the city through this area. A stone wall was built along the Hämeentie road, and many oaks were planted that have survived to this day. The rocky hill was bare at the time, and the fields supported only stunted growth.

Gustaf Otto Wasenius was an entrepreneur who was active in many fields of business: he ran a tobacco factory, he was the principle shareholder in the Old Town mill, he owned a printing press, he farmed land, he was a bookseller, he published the newspaper Helsingfors Tidningar, he was the spokesperson of the city elders, and he was very influential in city politics.

Villa Anneberg, i.e. Annala, was named after his wife. The land around the villa developed into an impressive and diverse centre for gardening. When Annala transferred back to the City of Helsinki, it was subsequently rented out for apartments and workspaces. Over the decades the once flourishing garden became a much simpler yard, and the farmland was used for both commercial farming and allotments.

The renovation of Annala’s allotments was completed in 1999, when they were leased to the Association of Useful Plants (Hyötykasviyhdistys ry). The renovation of the park began in the same year. The design combined historical elements with the introduction of some new themes.

The paths and scenic viewing points that were built in the 1800s were restored. At the same time the formal garden in front of the villa house from the early 1900s was renovated along with the terrace of the garden building, the gardens next to the orangery and the fish pond alongside the Hämeentie road.

The memorial stone to Gustaf Otto and Anna Wasenius was moved from the side of the parking area to the embankment at the end of the path, where a summerhouse was once located. The restored formal garden forms a visual connection between the villa house and Hämeentie. The modern plants in the garden represent different styles.

The renovation of the gardens at Annala were completed in 2000. The project was carried out in collaboration with the City of Helsinki’s City Planning Department, the Public Works Department and the Association of Useful Plants. The old cowshed and dwelling were converted by the City of Helsinki’s Real Estate Department into training facilities. The historical setting is further augmented by the orangery or winter garden, which was originally built in 1844 and renovated in 2000.

Today Annala is very popular among members of the Association of Useful Plants and other city residents, who can attend courses and special events in the park. The allotment gardens at Annala are particularly impressive. Three generations of the Wasenius family left an important legacy on the urban image. The importance of Annala as a recreational area rich in nature will continue to grow along with the population of the new Arabianranta residential district. 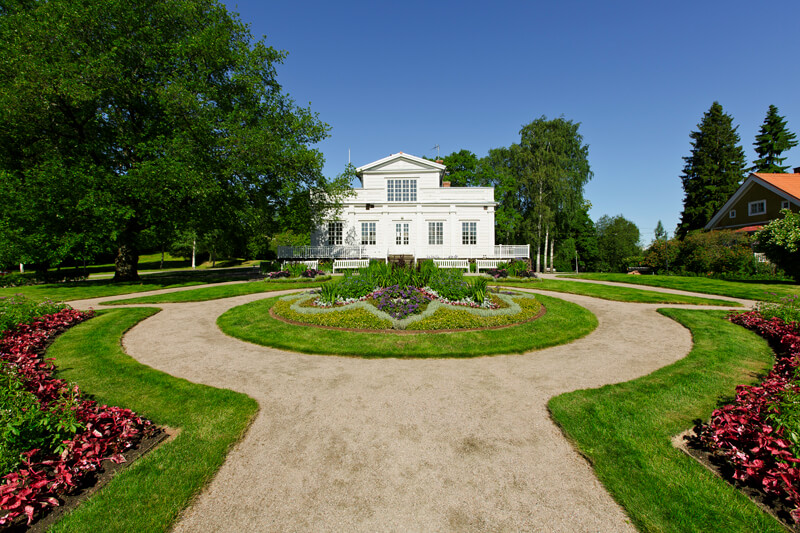 Susanna Sinervuo
To previous page
To next page