The island of Tervasaari serves as a natural recreation area for local residents. The name “Tar Island” refers to the storehouses that were once used to store tar for export. The tar warehouses were placed on the island for fire safety reasons. In 1939 the island was connected to the mainland by a causeway, after which the city began to use it as a storage area.

The island was not opened to the public until 1970, when the last remaining industrial enterprise – a cement foundry – was removed. The island was then enlarged with landfill. It was finally designated a local recreational area in 1988 and was left mostly untouched into the 1990s. Despite the presence of vagrants, the island was increasingly adopted by local residents as a place for walks. Moorings for boats were built on either side of the causeway.

In 1995 work began on transforming Tervasaari into more of a park. Rocks were added along the shoreline, the plant life was enhanced, and a stage and stands were built for events. Today the island is a popular recreational destination thanks to its fresh sea breezes and unique views to the city. Despite its small size, the island has a playground, dog park and even a designated swimming beach for dogs. Summer theatre performances and other small events are held on the island, and the rug washing pier is a nostalgic reminder of the past.

The last remaining historic storehouse on the island dates back to 1805 and currently houses the restaurant Savu, which specialises in smoke-curing. The restaurant is open evenings and serves traditional Finnish cuisine. 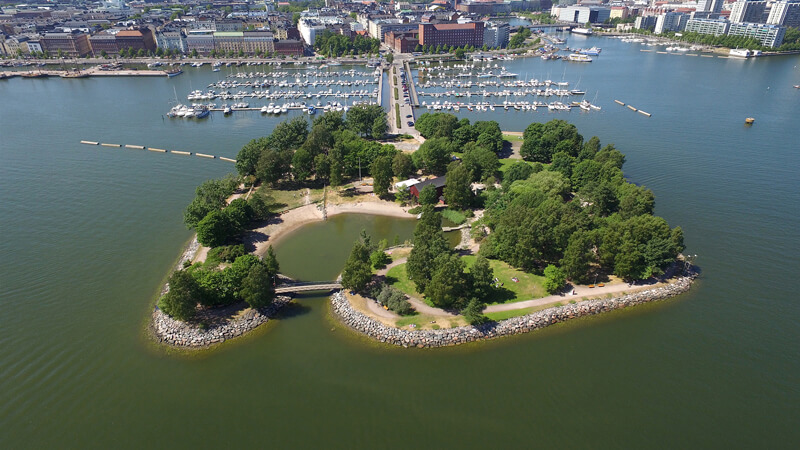