Kellosaari Park is situated by the sea and is surrounded on three sides by apartment buildings. Approximately three quarters of the park’s area comprises playgrounds that are used by the local daycare centres.

The playgrounds are ideally located along the western and northern sides of the park in order to catch the morning and midday sun. The public area and flowerbeds are located in the southeast corner of the park. The park is separated from the apartment buildings by closely arranged linden trees and a trimmed bush. The line of trees along the street between the park and the shoreline are spaced far enough apart to preserve the view to the sea.

The playground area of the park features small flowering trees, such as rowan, cherry and crabapple trees. The tree in the square is an oak. Flowering plants representing the archipelago, such as veronicas and chives, have been planted around the collection of boulders in the park but with modest success. The variety of plants will be further augmented in the future. The paths in the park are made from concrete in order to withstand wear. 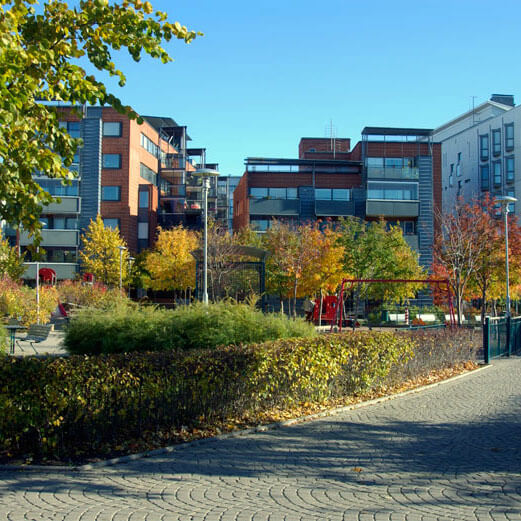